6 Unexpected Foods That Are Only Made in China

The unexpected vast variety of food in China will definitely make your eye pop and jaw drop. As you know, the country has known to be the third biggest nation with the largest population. Did you also know the country holds 56 ethnic groups? Imagine the cultural diversity happening around the whole nation. Especially, when it comes to food. Each province has their own cuisine specialties.

Instead of trying the same old regular thing like Peking duck, kungpao chicken, chicken chow mein, etc. They’re good and all, but don’t you think it’s time for a new challenge? Because China’s providing an array of extreme food challenges just for you foodies.

So, get your taste buds ready because we’re going to discuss some of the most unexpected foods that you can only find in China. 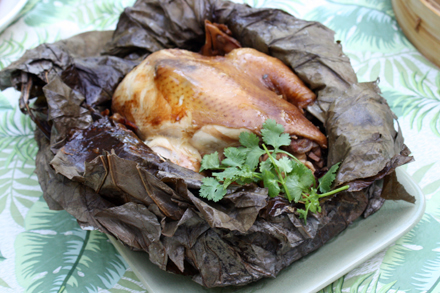 Aside from the name, Beggar’s Chicken is one of the must try foods when you’re visiting China.

Usually wrapped in lotus leaves, this chicken dish is stuffed and baked using clay pots in low heat. However, nowadays you can also bake them using ovens or ceramic pots. This savory tender meat may not be unusual but its history of obtaining the name is what truly got everyone asking.

Various legends have surrounded the origin of its name. The most popular legend is the one that tells of a poor beggar in Hangzhou. One day, the beggar stole a chicken from a farm. Even so, he didn’t have the necessary utensils to consume it aside from a knife and fire. What did he do next? He wrapped the bird in leaves and placed some clay or mud around it. Afterwards, he simply put it inside the hole where he had lit a fire.

And voila! Beggar’s Chicken it is. 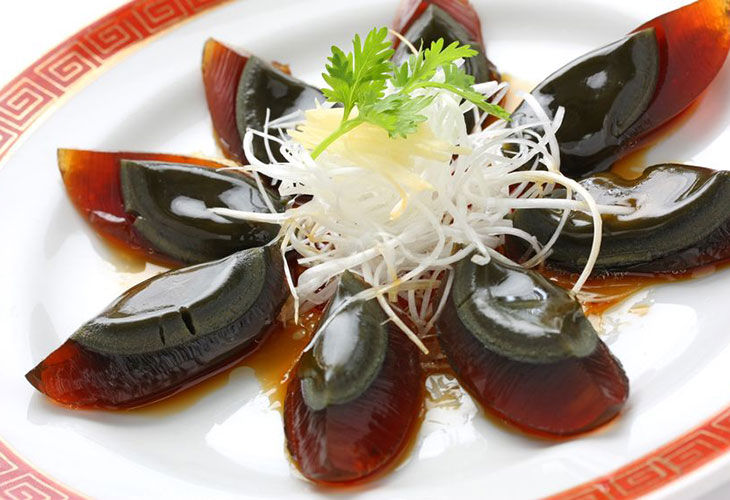 Eggs have always been regarded as a popular nutritious meal to start the day. But have you ever tasted egg that’s a hundred years old? Don’t worry, it’s just a special nickname worth remembering by millions of people.

Also called the preserved egg, the century egg doesn’t necessarily take a hundred years to prepare it. The eggs are often prepared for about seven weeks to five months to obtain the ancient taste. The dish originated in rural China where a farmer discovered preserved duck eggs in muddy water. One taste of the eggs made him decided to replicate it.

Any kind of eggs are fit to be made into century eggs. All you need to do is soak them with lime, black tea, salt and ashes to make the yolk turn green and the whites become dark brown. Despite its appearance, let the flavor talk to you instead.

Before you start making up weird things in your mind, let us explain what this dish is actually like. The soup is made using the nests of the swiftlet birds. These birds create nests using their saliva, which then dries and hardens. It’s pretty amazing, right?

People usually take pieces of the nest to concoct the soup. First, the pieces of the nest are stored in a cool and dry place. Afterwards, they are soaked in cold water for a night then added with chicken broth resulting in a thick soup with bits of nests inside.

The taste isn’t as bad as you might think it is. Anyhow, if you were still wondering what swiftlet birds are, here’s a little piece of information. Swiftlets are little birds indigenous to Southeast Asia that inhabits caves. They are also the only bird species to utilize echolocations within dark caverns. Basically, swiftlets are bats with beaks.

Living up to its name, this particular stinky dish may send intense waves to your smelling sense at first. Even so, you can find stinky tofu everywhere --- night markets, street stands, and even lunch bars. The tofu is created out of the combination of fermented milk and vegetables, meat, or fish-based brine. You can eat them cold, stewed, steamed but the most popular one is deep fried with chili or soy sauce at the side. The color also varies from golden-fried to pitch black.

According to a legend, Wang Zhihe, a scholar invented the stinky tofu to provide a living for himself. A time came when he still had so much tofu left that he cut it into small cubes and store them inside an earthen jar. Several days passed, he found that the tofu had turned greenish and an unusual smell was oozing off of it. However, it turns out that found the tofu unexpectedly delicious, which would later be sold to people and gain its renowned popularity. 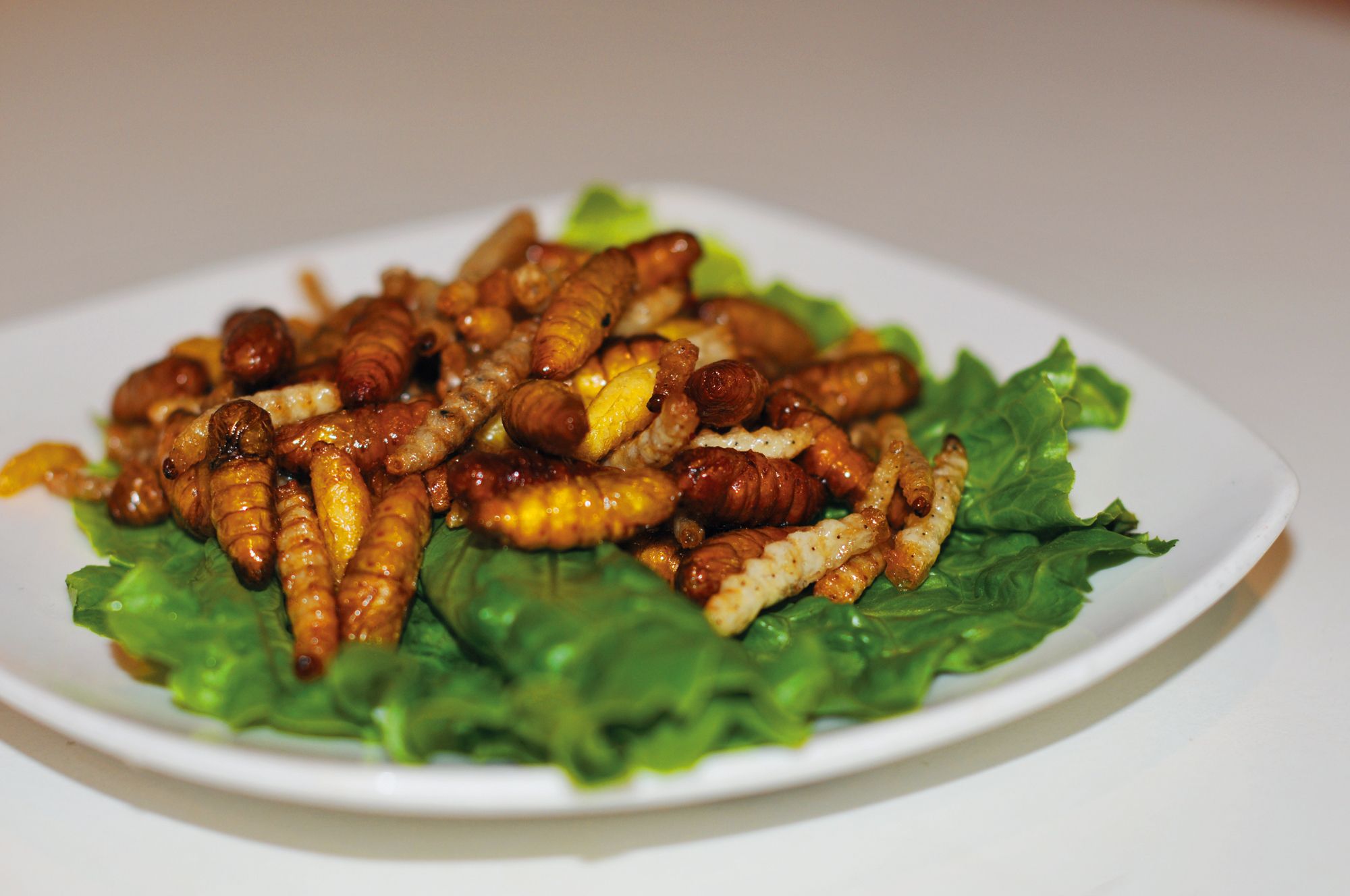 Apparently, insects are also included in Chinese cuisine. This dish is commonly known for using bees as the main ingredient by frying them until golden brown. But it can also be served steam, stir-fried, or cold fried in sauce.

Why exactly do the Chinese eat it? Because it is said to be effectively nutritious with high level of protein and low-fat content. 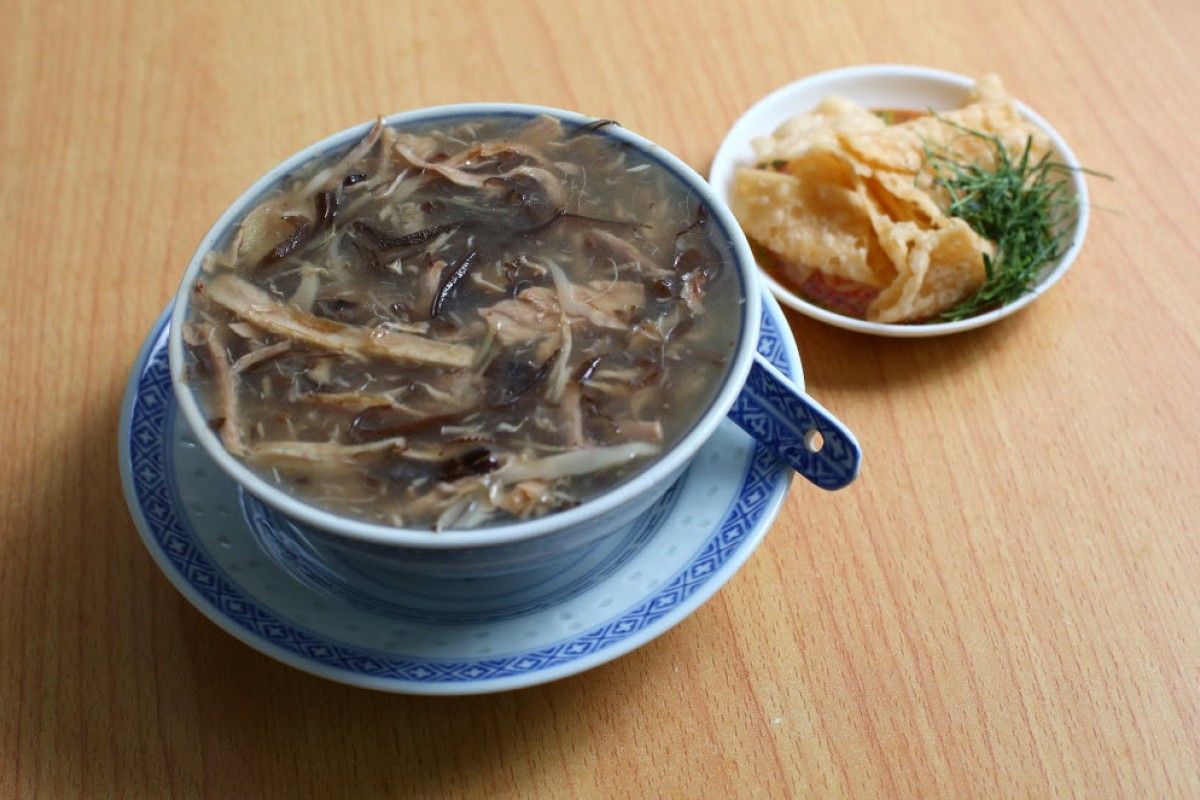 If the previous dish contained insects, you’ll find this one filled with the elongated and legless carnivore ready to warm up your body during the cold seasons. The soup contains typically two types of snakes as the main ingredient. The popular choices of the snake breed are water snakes and pythons.

To prepare, the snake flesh is shredded into thread-like wires, then boiled with other various meats and spices for additional flavor. The mixture is then stewed for about six hours which causes it to thicken, then seasoned with salt pepper and dark soy to taste.

The origins of this dish dates way back to the end of Qing Dynasty where apparently inhabitants in Guangdong province started to consume snake soups. Snake soups were also considered as high-class cuisine for its varied ingredients and complicated process. It used to be only served to certain officials and celebrities.


If you think these dishes are enough to captivate your taste buds, wait till you see the rest of them when you get to visit China. Additional tip: it’s best to learn some common Chinese phrases before you do decide to travel there because most of the people don’t speak other languages apart from Chinese. Maybe you would also consider learning the language fully when you see this: https://lingotalk.co/insights/42

What better way to do it than with LingoTalk? You’ll get to experience learning how to converse fluently like one of the natives and get to know the diverse culture better. So, be sure to book your course with us!

Food Made In China